In 1986 Ken and Alcyon Fleck began an organization for the orphaned and abandoned children of Colombia called “Refugio El Nino De Belen” or the Refuge from the Child of Bethlehem. After about three years it became apparent a children’s village was greatly needed where the children could run and play and have their own family and home. But, due to methodology differences between ICC and the Colombian government, the Flecks decided it would be better not to continue with the plans for the village project.

It was in August of 1989 that a collective decision was made to find Colombian families where the children could live and receive the loving care they needed. To help these families with the extra financial burden, ICC found sponsors for the children and monitored their progress. Through the years, many children in Colombia have been assisted in this way. 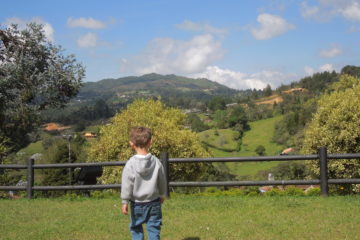 Child of Bethlehem Refuge – Colombia As difficult as it is for two parents to raise six children in a poor country, imagine the extreme challenges experienced by such a family when one parent leaves to find work in another country and never returns. This is what happened to the Read more…

By William Hurtado, 4 months4 months ago

Child of Bethlehem Refuge – Colombia Read 2019 and before updates at our old website! Go to https://www.icc.dream.press/iccblog/

By William Hurtado, 4 months4 months ago