A very pregnant young woman was working in the field with other farm laborers in Mexico. She knew her baby was due soon, but she had talked to no one about it. Her supervisor only knew her name, and the girl avoided contact with any of the other workers. No one knew of the terrible struggle going on in her mind. It was unbelievable that she had come this far in her condition with none of her fellow workers knowing anything about her.

The woman working closest noticed she was heading for the rest room, but forgot about her until she noticed the girl staggering back to her place in the row. But when she fell to the ground, apparently fainting, the supervisor was called, who found her barely able to talk. She was pale and moaning in pain. A car was called to take her to a local clinic.

Upon examination, the doctor told the supervisor, “This woman has just delivered a baby. Where is it?”

“I don’t know anything about it,” he answered. “Take care of her, and I’ll go back and find out what I can.”

The supervisor hurried back to the field, and questioned those who had been working close to the sick girl. “Tell me what you know about this girl”

The woman, who had been working closest told him, “I saw her heading for the rest room, and she was gone a long time. When she came back is when I saw how sick she was and called you.”

The supervisor hurried over to the rest rooms and began to look around. Suddenly, he heard a baby crying. Hurrying toward the sound, he found not just one baby but two babies on the ground. They were covered with some dirty rags. He called to one of his helpers. “Come, quick! Take this baby. I’ll bring the other!”

Driving at top speed, he knew the babies needed help immediately. At the clinic nurses took the two little naked, new-born babies, so tiny they must have been premature, to the doctor, who immediately began working on them. The smallest one, a little girl, soon died, and the doctor and nurses cared for the little boy, although it was doubtful they could save him either. However, in intensive care, the tiny little fellow began to improve.

When he was well enough to go home, they contacted the mother, but she refused to take him. The report from the children’s court only says that the mother expected the babies would both die.

One can only imagine the real truth behind this tragic story. The fact that the young woman was out in the fields working in her condition could indicate that there were other children at home she had to find food for, but that she knew she couldn’t take care of two more, twins and premature at that. Only God knows all about her.

God must have led in the events that saved little Arturo’s* life, and when he was able to leave the clinic after 22 days, he was brought to ICC’s El Oasis Children’s Village in Mexico.

It took awhile for Arturo to thrive after the traumatic start he had. However, in time he caught up with his peers and is now living in a home with loving house parents. He receives good food and is going to school.

Arturo and many other children have been blessed to call the El Oasis Children’s Village home. Here is how this project has developed over time. In the early 1990’s ICC administrators and board members contemplated starting a children’s village in Mexico. It was felt that there would be a lot of support from donors in California for a project in Mexico and these sponsors and donors would go to the facility to help. It would be a close-to-home project.

After much searching, a piece of land was found in the Baja California state of Mexico in 1992. It had a deep well with plenty of excellent clean water. This area of Mexico was also very close to California. It was located in the high desert region which meant hot summers and cold winters. After land was acquired, construction began on the necessary facilities including children’s homes.

Just before Christmas in 1997 ICC received word from the DIF (the children’s services department of the government) that they needed ICC to take in 24 children. A couple of deteriorating orphanages were being closed and the orphan children needed a place to live. The ICC facilities were not completely ready to take children, yet it was decided by ICC’s administration that they would do their best to accommodate these children. After all, ICC was in Mexico to provide homes for orphaned children and here was their opportunity.

ICC recruited some Mexican ladies to be aunts as well as some volunteers from the USA. With great excitement, ICC welcomed the first children. What a Christmas celebration there was that year! A volunteer construction group composed of high school students from Vancouver, Washington, was there to help celebrate. For some of these children it was their first real Christmas. It was hard to say who was more excited, the student volunteers or the children. What a blessing everyone received!

Over the course of several years, 10 children’s homes have constructed, primarily with volunteer labor from mission groups visiting from the US. In addition to children’s homes, other buildings have been constructed such as a church, a school and shop. The El Oasis Children’s Village also has a small agriculture program.

EL Oasis is near and dear to my heart. I grew up in El Centro, CA and went to Calexico Mission School for awhile and so when my family went looking for a mission project, I was happy to find ICC and El Oasis. We worked on a couple of the childrens’ homes that were in various stages of construction in Dec 1996. It was a wonderful experience and we sponsored a boy named Alejandro till adulthood after the homes were filled. Thank you all for what have you done in my life and more importantly for what you are doing for His Kids. 💛 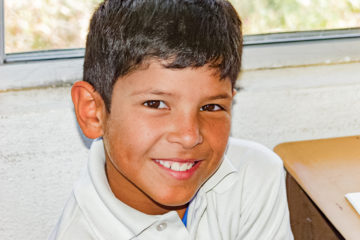 Just before Christmas in 1997 Mexican authorities decided to close two deteriorating orphanages. Twenty-four orphan children needed a place to live and we were asked to take the children. Even though the El Oasis Children’s Read more… 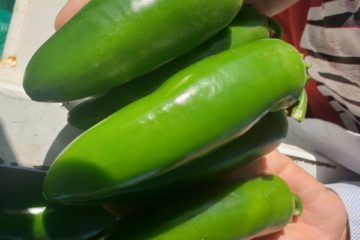 UPDATED AUG 2020. The first picking of peppers has been completed successfully at the El Oasis farm in Mexico and what a harvest it was! There were 108 tons of Tomatillos and 124 tons of Read more…