Forty-one students and families at the Grants Pass Adventist School gave up gift-giving this last Christmas to accomplish something greater.  They collected 127 pounds of personal Legos bought new sets, and contributed money to the “LEGO™ for Lucas” outreach that honors a boy named Lucas who is battling cancer.

Lucas Nelson is using his love for Legos to inspire others to give orphaned and abandoned children the opportunity to play with LEGOS™, Duplos™, and MEGABLOKS™(toddler size).  International Children’s Care (ICC) is receiving these Legos and shipping them to children who live in ICC homes around the world.

This past Fall, Grants Pass Adventist School received an information packet from ICC about this project.  Sheryl Shewmaker, a teacher who uses Lego bricks in her STEAM teaching was intrigued. Her class loves the learning challenges and the creative ways they’re able to express their ideas through Lego builds so she wondered if her students would want to participate.

When Sheryl presented the idea to my students they were excited and discussed ways to make it possible for everyone to buy or donate Lego bricks. As a result, the class elected to give up their Christmas Party gift exchange so money could be used for buying Lego sets. Later, the other classrooms joined in for a school-wide outreach.

K-2 students sweetly brought in new sets or Lego pieces they played with because they wanted to share what they enjoy.  Students in grades 3-4 spent a lot of time as part of their Bible outreach sorting and removing broken or non-Lego pieces, including weapons, and other miscellaneous items. Then they bagged up the numerous bricks. Many pounds of Lego pieces needed to be washed and dried as well. A sixth grader’s family donated her brother’s Lego collection that he didn’t use anymore.  A staff member’s son who no longer wanted his collection donated his Lego bricks rather than sell them. A volunteer shared with her grandchildren about Lucas and his desire to get Lego bricks into the hands of orphan children. They filled multiple Ziploc bags for children who don’t have any to play with.

On the last day of the drive, the upper grade students weighed the bags and boxes of bricks (at the request from ICC) and discovered that about 127 pounds of building bricks had been donated. There are 53 mini figures, 11 Friends™ characters, and 7 LEGO brick separators as well. The monetary contributions will help offset the shipping costs, too.
ICC thanks Sheryl Shewmake and the Grants Pass Adventist School for blessing so many orphan children. Because of their generosity, orphaned children will have fun!  As Nathan, a 4th grader put it, “Some of us here have a lot of stuff and the orphans have been through a lot of tough things. Playing with LEGOs is fun and they can have fun.” –Nathan, 4th grade Rocky Knoll SDA School just collected 60 pounds to bless children in need in around the world. Thank you so much Rock Knoll students and staff! Here is what Melissa Baggett, the (amazing) principal, shared. Read more… 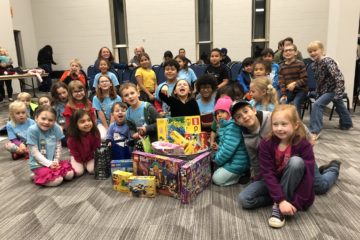 Our Adventurer club chooses an outreach project each Christmas.  This year, we were excited to be able to collect Legos for Lucas’s Legos for Kids.  Like most 4 to 11 year olds, our club members Read more… Lucas Legos for Kids a perfect fit for technology-driven classrooms

Thank you Martha Ban and the Technology and Distance Education Committee (TDEC) for helping to spread the word about one boy who wants to make a difference in the world! See the blog article here.