From Child Abuse and Neglect to Child Saving and Respect

How would you like to grow up in a brutally dysfunctional, violent, alcoholic home?  This is how Susan’s story began. Susan is a lovely 75 year old woman whose life beginnings in rural northern California will break your heart. “My mom was an alcoholic and was literally demon-possesed,” Susan remembers. “She was a small woman but could throw a grown man across the room when angry.” Susan’s mother was homicidal when under the influence, which was pretty much 100% of the time.

Susan’s step-father Ted, HATED kids.  He told both her half-sister and her that he would kill them when he could figure out the details of how to do it and not get caught.  Ted used his fists and his feet to punch and kick, but he did not use weapons as Susan’s mother often did. If she got a hold of Susan the damage done was more severe as she would use objects and occasionally a gun.  Susan was hospitalized twice from domestic abuse before running away for the first time at 3 ½ years old and becoming a street child by the age of 4. Susan had learned at an early age to “just not be there.” She would often sleep in outbuildings during inclement weather and in the open during the warmer months.

Susan spent  summers in L.A. with her biological father and his wife.  Though her father’s heavy drinking coupled with her stepmother’s mental illness and drug addiction often took  a dangerous turn, Susan quickly learned that the streets of L.A. were WAY more dangerous than rural northern California, so she mostly tried to stay out of the way and be “invisible.”  But despite these hardships, Susan became aware that she had a Protector, and that somehow her life was going to get better.

At 16 Susan had an opportunity to accompany her father’s friend’s daughter to Torreon, Cuahuila, Mexico, to stay with friends of theirs for the summer.  It was WONDERFUL. The family they lived with was warm, friendly, and open—it was Susan’s first experience in a “normal family.” She remembers, “Their sharing their family life with me may have saved my life, as things were pretty bleak for me otherwise.”

Susan began dreaming of one day having a home in the country that would be a sanctuary for anyone needing it—children, adults, animals—when she was 11 years old.  Access to books like The Good Earth, Pearl Buck’s story of the life of the poor in China, and books about missionary doctors and nurses were a window into the realities of the suffering and grinding poverty in third world nations.  The summer in Torreon was total immersion in the Spanish language and culture, widening the dream to serve as a missionary herself.

Life in survival mode did not grant Susan the space to prepare for or attend college, (though later she did get her BSN and NP degrees). Still, Susan learned to save every penny she had and began supporting an orphan in Tijuana, Mexico, and became a foster parent to the baby of one of the prostitutes she had known on the streets.  She was already experiencing God’s love in her life, even through her brokenness.

In December of 1966  Vic McClinn and his son left an offer for free Bible studies with Susan while ingathering in Santa Cruz, California.  Walter Nasval, the Bible worker from the local church, faithfully came week after week, eventually going through several different levels of materials.  Susan could not get enough of it! She became an Adventist Christian at 21 years old in 1967.

In March of 1968 Susan and her husband moved to Grants Pass, OR.  They bought a large old farmhouse on acreage, raised much of their own food, and continued as foster parents when social services started giving them teenagers.  “Our two little boys (one biological, one adopted) were still toddlers and I was not much older than the teens that social services blessed us with, so my learning curve was steep!”

In 1972 Jim Bechtel was asked by the Inter American division to start a school in the Peten region of Guatemala..  He came back to southern Oregon and asked who wanted to go with him. Susan and her husband went down in 1973 and built a house by the river on the school property.  They did not have electricity and caught rain water off the roof for household use, but they had a glorious swimming hole and a spot that was pure Eden—if one did not count the biting and stinging insects, arachnids and huge variety of poisonous snakes.  Guatemala was under martial law at the time, so soldiers with fully automatic weapons controlled the countryside as well.

A 7.5 earthquake ravaged Guatemala in February of 1976, leaving thousands of children orphaned.   A group of laypeople out of Kent, WA, flew down in their private plane to see what resources could be pulled together for these little ones.    They brought up names like Bob Folkenberg, who was president of the Inter American Division during that time, and suggested Alcyon and Kenneth Fleck, who had been missionaries in Central America.  It was from this grassroots movement that International Children’s Care began. For some reason, Jim’s wife was unable to have them meet at her house, so the first meeting took place around Susan’s kitchen table.

“I was so inspired by what was being planned and wanted so much to be a part of it all, but I had neither the education nor the experience to pull something like that together,” says Susan.

Family issues forced the family to return to the U.S. in 1977.  There were three children now—little Lori, who had been dying of malnutrition and infection in a government orphanage in Guatemala City had become the newest member.

“We hoped and planned to return to Guatemala,” Susan said.  “I spent several years at Wildwood working with the doctors in the clinic, surgery, and Labor and delivery, and got to spend some time at Yerba Buena, in Chiapas, Mexico, to understand more about treating diseases and health problems endemic to rural areas in Central America.  During that time I also got my nursing degrees and my nurse practitioner certification. All of it was inspired by my desire to go back to Peten.”

It wasn’t to be.  Family issues continued to delay the return, and when her mother was paralyzed by a stroke  Susan had to care for her full time.  “This turned out to be a blessing in that it enabled me to be there financially when things got so bad for ICC after the recession in 2008,” Susan said. “When my mother died in June of 2010, I called ICC and asked what was the greatest need.  Not really understanding what I was offering I was told about some small stuff. I wanted to know what was really happening.  I had been supporting ‘His Kids’ since its inception, but now I had inherited the proceeds of a life insurance policy that had grown to close to a million dollars.  Now I could really make a difference.”  Susan was told that the recession had resulted in drastically reduced donations and that the different ICC stations around the world were literally out of funds and out of credit.  “How much do you need?” Susan asked. It was somewhere around $367,000. It was with great joy that Susan was able to say, “The check is in the mail.” “I continued sending what was needed until the money ran out.  Nothing I have ever done has made me happier.”

Susan is now 75.  She takes care of rescue animals on her property in Oregon.  “I am not a wealthy person by human standards. I buy my clothes at Goodwill and live quite frugally.  We live off my husband’s retirement and 100% of my income (social security and retirement) goes to ICC.  I no longer can give what I could in the months after my mother died, but it is with great joy that I give what I can.”

Susan, THANK YOU for your love and selfless giving.  You personify the widow’s mite story.  From your brokenness you gave your all.  May God bless you and other donors like you in every way possible! 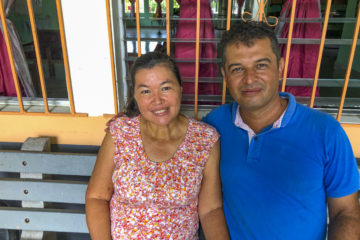 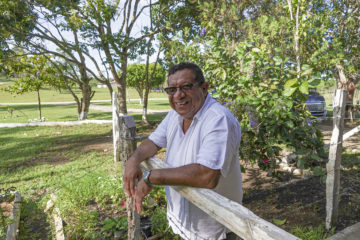 Message of Thanks for Inspiring Hope During the Pandemic

A Message of Thankfulness From Los Pinos Director, Joel Carpio Joel Carpio is the Director of Los Pinos Children’s Village in Guatemala. Because of your help, the children remain safe during this pandemic. For that, Read more… 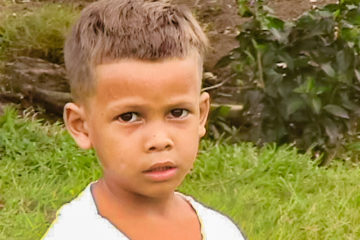