It was an overcast day. The gloomy weather reflected in Mabi’s emotions as she traveled with her family. “Gray, just like our lives,” Mabi thought, looking at the sky. At thirteen-years-old, Mabi was the oldest of her siblings. They lived in extreme poverty, with no hope for the future. Yet, thanks to the support of people like you, her life was about to change for good. testimony

The Most Difficult Decision

Mabi’s mother walked with determination. “Where are we going?” The children wanted to know. Tall pine trees lined the country road in Guatemala. Then, a sign appeared. “Hogar Campestre Los Pinos de Adventista.” Mabi recognized this as a home for children. “Mom? What’s this?” Mabi asked.

“You’re going to be in a place where you can study,” She answered. “That’s something I can’t give you.”

The decision was a difficult one. Mabi’s mother loved her children dearly, but she knew that the best place for them was in a home where they might have a life free from poverty, and hope for a better future. That day, Mabi hugged her mother goodbye. Although they would still keep in touch often, Mabi and three of her younger siblings were now to be adopted into a new family, an ICC family at Los Pinos Children’s Village.

House parents greeted Mabi at a home with a beautiful view. In the evening, when the sun set over Los Pinos, this home on a hill had the best view of campus. The house parents reassured Mabi and her siblings. It was difficult to understand why she couldn’t be with her mother, but her new house parents helped Mabi to adapt. This place would soon become Mabi’s treasured home.

Without the constant stress of poverty, Mabi began to play and laugh easily with the other children. She built lasting memories, and through it all, she felt confident that her life was important and had a purpose.

“The most beautiful thing for me here was learning about God,” says Mabi.

Mabi thrived in school. She loved her classwork, but she especially enjoyed writing letters. She wrote long and detailed letters to send to her sponsors. After growing up with so little, Mabi could hardly believe that people she had never met would take such an interest in her life.

Paying Forward Her Love and Support

Eight years at Los Pinos went by very quickly. Mabi graduated from the ICAP secondary school with a certificate in accounting. Afterwards, she decided to return to Los Pinos as the book keeper. She was grateful for the kindness of her sponsors, and returning to Los Pinos gave her an opportunity to pay forward the support she received.

Mabi felt motivated to continue her education. There weren’t many options available where she could work and study at the same time, so she decided to enroll at a university in Guatemala City. After sundown on Sabbath evening, Mabi travelled eight hours by bus, arriving in time for classes on Sunday. Afterwards, she returned home by bus, arriving in time to be at work Monday morning. She lost a lot of sleep during those six years earning a degree in accounting.

Even though work for an accountant was in high demand, Mabi wanted to continue helping children from situations similar to her own, so she was happy to remain at Los Pinos after she received her degree.

You Can Change a Life!

“To all those people who at some point are moved in their hearts to help, I ask that they do it,” Says Mabi. “Really, in doing that, they will change many lives. I invite you to give so that together we can change, maybe not the whole world, but at least the lives of the children at ICC Children’s Villages.”

Mabi’s life is no longer a gray reflection of a rainy day. Because of caring people like you, she lives a colorful life, filled with joy and compassion. 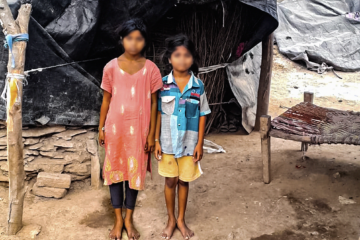 Rays of Sunshine in India

Rays of Sunshine in India Read these stories of new and of graduating children at DEWS Sweet Home in India, to find out how the children are bringing rays of sunshine to the Children’s Village. Read more… 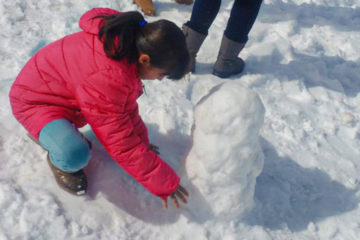