Download these Fast Facts about El Salvador in this two-page flyer by clicking the button. Thank you for making a difference in the lives of children!

Health and Welfare of El Salvador

In the late 1970s, El Salvador attempted to achieve an equitable distribution of income for its citizens. They did this through agrarian reform, improvements to the educational system and social services. Yet despite these efforts, progress has been very slow.

Deteriorating conditions have outpaced programs to improve medical assistance, employment and housing. Doctor-to-patient ratios are low with most doctors serving only in urban areas. Moreover, in many areas the war and population displacement have caused the reappearance and spread of diseases, particularly dengue fever, malaria, and cholera. Malnutrition is increasingly prevalent.

Located in the tropical zone, El Salvador has two distinct seasons: the dry season, from November to April, when light rains occur, and the wet season, from May to October, when the temporales, or heavy rains, fall. The coastal plain receives the heaviest rainfall. The average annual rainfall is 182 cm (72 in).

All public and private institutions of learning are under the jurisdiction of the Ministry of Education. Since 1968 the school system has been composed of preschool, primary, and secondary educational categories, followed by university-level education. Primary education is free and compulsory. More than 80% of Salvadorans aged 10 and over are literate.

In the 1970s, discontent with societal inequalities, a poor economy, and the repressive measures of dictatorship led to civil war between the government, ruled since 1961 by the right-wing National Conciliation Party (PCN), and leftist antigovernment guerrilla units, whose leading group was the Farabundo Martí National Liberation Front (FMLN).

In 1980, El Salvador’s civil war officially began. José Napoleón Duarte—a moderate civilian who was president from 1984 to 1989—offered an alternative to the political extremes of right and left, but Duarte was unable to end the war. In 1989, Alfredo Cristiani of the right-wing Nationalist Republican Alliance (ARENA) was elected.

On Jan. 16, 1992, the government signed a peace treaty with the guerrilla forces, formally ending the 12-year civil war that had killed 75,000 and displaced over one million.

El Salvador’s economy was predominantly agricultural until industry rapidly expanded in the 1960s and ’70s. Despite its traditional concentration on agriculture, the country is not self-sufficient and must import food. At the root of this problem is the disproportionate distribution of land, which favors commercial crops and leaves many peasants landless and unable to grow subsistence crops.

El Salvador’s civil war destroyed the country’s economy and infrastructure. It was not until after the signing of the peace accords in 1992 that El Salvador’s economy began to recover from the effects of war.

By the mid-1990s El Salvador had expanded its service industry, and in the early 2000s it increased its amount of agricultural exports and number of reconstruction projects. In 2004 El Salvador signed a free-trade agreement with the United States that further boosted its export income.

However, in the late 1990s, these accomplishments had been offset by high oil prices, natural disasters, and a decline in the number of manufacturing plants. These factors prevented El Salvador from paying off its external debt, and the country continues to rely partly on foreign aid.

Besides a civil war of ten years, El Salvador has had more than its share of natural disasters too. El Salvador lies along the Pacific Ring of Fire, and is thus subject to significant tectonic activity, including frequent earthquakes and volcanic activity.

In Jan. and Feb. 2001, major earthquakes struck El Salvador killing 1,200 people and leaving a million homeless. This damaged about 20% of the nation’s housing. El Salvador’s position on the Pacific Ocean also makes it subject to severe weather conditions. This includes heavy rainstorms and severe droughts, both of which may be made more extreme by the El Niño and La Niña effects.

In 1998, Hurricane Mitch devastated the country, leaving 200 dead and over 30,000 homeless. In the summer of 2001, a severe drought destroyed 80% of the country’s crops, causing famine in the countryside. On October 4, 2005, severe rains resulted in dangerous flooding and landslides, which caused a minimum of fifty deaths.

How You Can Help

The mission of International Children’s Care is to bring hope and the gift of a new life to the orphaned and abandoned children of the world. Through sponsorships, donations and volunteer service, you can give these children the chance in life that they so richly deserve. 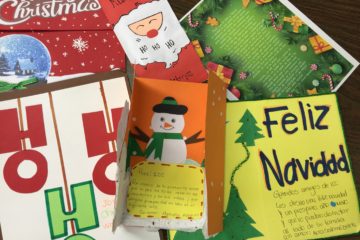 Sandra, our director of children’s services in El Salvador, just wrote this update: “We are busily preparing and arranging things for Christmas, and the girls are enjoying doing the decorations with the guys. We will Read more… 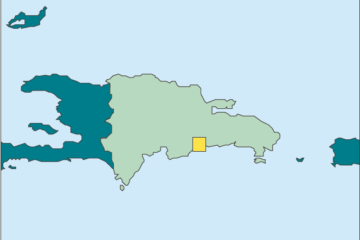 Download these Fast Facts about the Dominican Republic in this two-page flyer by clicking the button. Thank you for making a difference in the lives of children! Population: 10,734,247 Official Language: Spanish Capital City: Santo Read more… 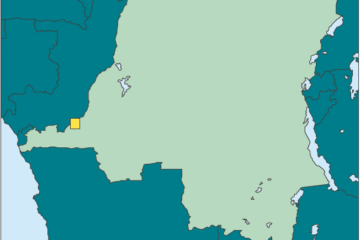 Download these Fast Facts about D.R. Congo in this two-page flyer by clicking the button. Thank you for making a difference in the lives of children! Population: 83,301,151 Official Language: French Capital City: Kinshasa Officially Read more…