Give and it Shall Be Given Back to You

Give and it Shall Be Given Back to You, Written by Pastor Rick Bowes

“Give and it shall be given back to you, good measure, pressed down, shaken together, and running over.”

This morning, those familiar words of Jesus in Luke 6:38 nearly jumped off the page as I read them. They did so because at the same time I was reading the promise of Luke 6:38, I was also looking at three beautiful photos that I had spread on my desk in front of me.

They were group photos of Christmas celebrations from El Oasis in Mexico, Los Pinos in Guatemala, and from Sweet Home in India.

Children are Blessed by Your Gifts

And now as this most special time of the year was coming to a close, the administrators of each children’s village had gathered the ICC kids together for a photo.

And now as I look at these photos and I write these words to you on January 7, 2021, my mind has been rocketed back to the promise of Luke 6:38.

It’s a promise that assures us that when we give, not only will we receive back, we will receive back more than we originally gave. Yes, indeed, the gift comes back to us,

“…Good measure, pressed down, shaken together, and running over.”

Thank You For Giving from the Heart

Today here at the ICC office our hearts are “running over,” they are running over with gratitude for your generosity. We asked you to give sacrificially, and that’s exactly what you did, and we are praising the Lord for it.

As I look at the three photos before me, though those pictured in them are from different cultures and different locations throughout the world, they have one thing in common, and that’s the smiles.

From the oldest to the youngest, from the biggest to the littlest, the ICC kids are smiling.

A Tinge of Worry

But this morning as I took one last look at these photos, and as I began to focus on the adults in them, focusing not only on their smiles, but also on their eyes, I realized that their smiles were a bit different because they seemed to be tinged with a little bit of worry about the future.

It was as if they were saying, “By God’s grace, and by the generosity of our donors, we made it through this year, but what’s going to happen next year?”

Indeed, the question, “What is going to happen in this next year?” is on all of our hearts and minds.

Will You Give to Help Provide for the Future?

In January, in February, and in March, and as we move on into the future, the ICC kids still need to be fed, and the bills still need to be paid. What’s going to happen then? The bottom line for us here at the ICC office is that we don’t know. All we can do is pray about it every day, continue to make our needs known to you our donors, and then give as God directs us to give knowing that it will come back…

“…Good measure, pressed down, shaken together, and running over.” 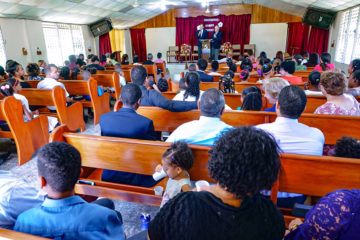 Is Your Church an ICC Partner for Kids?

A little boy in church for the first time watched as the ushers passed around the offering plates. When they came near his pew, the boy said loudly, “Don’t pay for me, Daddy, I’m under Read more… 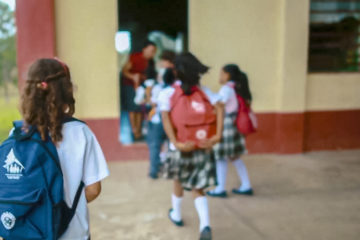 Your year-end gift is needed to help provide for the children. ICC children are eager! Eager to learn, love and be loved, eager to move forward and to grow and develop. Yet, as 2021 is Read more… 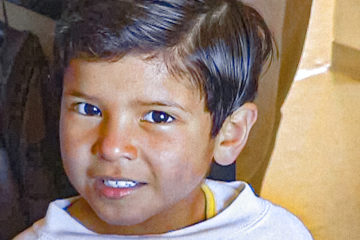 From now until December 31, your “extra gift” can provide a double blessing for children, thanks to the Christmas Hope Matching Challenge. What a year this has been! COVID-19, firestorms, hurricanes, civil and political agitation, Read more…