The normal nighttime routine at the International Children’s Care (ICC) receiving center in Guatemala was suddenly disturbed several years ago by a policeman who came to the front entrance. When the director opened the door she saw the officer in uniform carrying a small child, approximately one year old. The story soon unfolded. “He was found wandering the streets alone. We don’t know if he was lost or abandoned, but the judge told us to bring him here,” the officer explained, handing the director the court order.

The director opened the door to the nursery area and asked for the nurse in charge to come. “We have a new little boy,” she told her. “Take him and give him his bath. He looks like he hasn’t had one for a long, long time. I think we have an extra crib back there. Be sure he gets something to eat. He seems to be malnourished.”

The officer left after the director signed the court order. When she checked on the little boy a little later she found that he was dressed in clean clothes. One of the nannies was holding him. “He was pretty scared,” she said. “When I gave him some milk he just clung to me.”

“You are doing the right thing,” the director assured her. “We have no idea what all has happened to this little fellow, and the first thing we want to do is to make him feel safe.”

When the social worker went to report the case to the court, there had been no report of a lost child. Time went on. No one even knew his name, so they began to call him Mateo*. A search was begun through the courts. No one ever claimed him and eventually he was declared abandoned.

In the meantime, Mateo adjusted to his new home at the center. By the time his legal status was determined and he was freed for adoption, he was no longer a toddler. Most adoptive parents wanted a younger child. Somehow he was passed by. When he noticed one of the other children leaving with new adoptive parents, he asked, “Can I have a home of my own? Doesn’t anyone want me?”

Compassion filled the hearts of the receiving center staff. Perhaps the ICC children’s village at Los Pinos (The Pines) had room for him and he could be given a permanent home. Calls were made and arrangements began taking shape for giving Mateo a permanent home.

One day, the newly appointed director called little Mateo to her, “Mateo, would you like to go out to the children’s village where you can have a home of your own?”

The little fellow could hardly wait, and yet he was a little scared to leave the center that had been the only home he knew. He wondered if someone would really want him.

When the court gave the abandonment papers, they also gave Mateo a last name. It was Rojas*. By a modern miracle for this little boy, the family who were assigned to care for him had the same last name.

When the director walked up to his new home with him, she told the mother, “This is your new little boy, Mateo Rojas.”

“Really? How could that happen?” the mother exclaimed. She took little Mateo into her arms. “Your name is Rojas just like ours. You will be our little son!” He would be one of the ten or twelve children in that home, but he would be the only one with the parent’s name. Mateo, for the first time knew how it felt to be wanted as a son. He threw his arms around his new mother with hugs and kisses. At last he had come home!

What were the events that lead ICC to begin a children’s project in Guatemala so that Mateo could have a permanent home? Here is how it happened.

In the early morning hours of February 4, 1976 a 7.5 magnitude earthquake devastated Guatemala City, killing 23,000 people, seriously injuring 74,000 more, and leaving 1 million others homeless. Hundreds of children were left orphaned. It was 3:01 a.m. when the first tremor hit. All over the city, sleeping residents were crushed and killed when their weak adobe homes collapsed on top of them. Strong aftershocks continued for a week causing more damage and loss of life.

People from all around the globe tried to help the survivors. The president of the Seventh-day Adventist Church for that area was Robert Folkenberg. He contacted Kenneth and Alcyon Fleck who had spent many years serving in Central America as missionaries. Alcyon had long expressed a desire to find a way to help the many orphaned children in those countries. Some startup money for orphan relief had just been pledged. Would the Fleck’s be interested in starting an orphanage in Guatemala? After much prayer and contemplation, the Flecks accepted the challenge – on the condition that the children would be cared for in homes and not in a traditional orphanage dormitory.

The decision to start a work for children in Guatemala was in fact the start up of ICC. In 1978, the Flecks and other dedicated volunteers in the United States successfully incorporated ICC as a 501(c)(3) charity that would manage and accept donations for the support of orphaned children.

The children’s project in Guatemala started small at first and only progressed as compassionate individuals started sending donations of support to ICC. In Guatemala City, a small home was rented and used as a receiving center. As funds flowed in, ICC gained capacity to care for more children and a larger facility was secured for the receiving center. Children were brought to the center any time of the day or night for emergency care. Sometimes the children were found on the streets during the night, lost or abandoned. Some were found in garbage cans by police. The children’s court also sent children to the center that needed care while they decided what was going to happen to them. Children were removed from abusive home situations or taken away from an illegal adoptive child care facility.

For many years, the receiving center served as a temporary shelter for hundreds of babies and small children while their legal cases were settled. From it, the children would be reintegrated into their biological families, placed within adoptive families or transferred to ICC’s children’s village that was established on donated land farther out in the country side.

Construction at the Los Pinos children’s village began in 1978. Children’s homes were built one at a time as funds came in and volunteers were able to donate their labor. Shortly after starting the project, civil war broke out in Guatemala causing more children to become orphaned. Military helicopters would bring children to the village where they would be welcomed with loving arms and safety.

The Los Pinos children’s village has grown over the past 30 years and now has a capacity to accommodate up to 150 children at a time. The campus includes twelve children’s homes, an elementary school, a church, administrative buildings and staff homes. Home gardens and agriculture are important parts of the campus life. Children learn a variety of useful skills that prepare them for life on their own.

More information about the “Los Pinos” Children’s Village is available
by contacting ICC at (800) 422-7729. 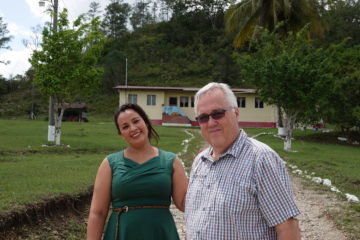 It was an overcast day. The gloomy weather reflected in Mabi’s emotions as she traveled with her family. “Gray, just like our lives,” Mabi thought, looking at the sky. At thirteen-years-old, Mabi was the oldest Read more… 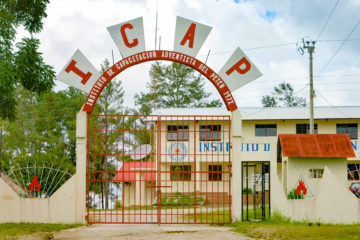 Instituto de Capacitación Adventista del Petén (ICAP) – Guatemala ICAP is a secondary school with vocational options for its students. The school was originally developed and operated by the Seventh-day Adventist Mission in Guatemala. In Read more…

Read 2019 and earlier updates at our old website! Go to https://www.icc.dream.press/iccblog/